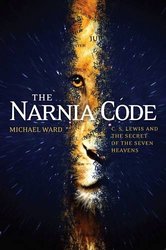 The Narnia Code by Michael Ward dives into the imagination of C. S. Lewis, particularly as it relates to his seven beloved children's stories, The Chronicles of Narnia. Ward thinks he has made a discovery that will reshape how we think about Narnia and shed light on all seven of the chronicles.

Many scholars have puzzled over the seeming disconnect and lack of continuity between many of the finer details of the Narnian world—why does Father Christmas appear in The Lion, the Witch, and the Wardrobe, only to never be mentioned again? Why does Bacchus do so in Prince Caspian? Why does the passing of winter play such a central role in Lion, when thick forests and undergrowth dominate Caspian and wind and rain permeate The Silver Chair? In short, why does each of the books feel so distinctly unique, despite belonging to the same world? Does some kind of meta-plan make sense of the different atmospheres?

Ward wants to say yes. He wants to say that Lewis wrote the Narnia chronicles in such a way that each one of the books has themes and atmospheres that are linked to one of the seven pre-Copernican planets (the Moon, Mercury, Venus, the Sun, Mars, Jupiter, and Saturn). 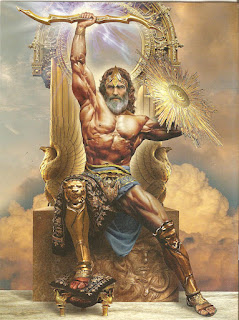 Lewis was well-versed in Medieval worldviews, and he thought very highly of the Medieval tendency to use powerful symbolism when thinking about “the heavens” – that is, the planets. In pre-Copernican thought, each planet had strong associations—“flavors,” if you will. Jupiter had an air of jollity and royalty, Mars of war and sylvan landscapes, the Sun (considered a planet before the Copernican Revolution) of turning things to gold and slaying serpents—and the list goes on.

Ward's thesis is that Lewis took his love of pre-Copernican astrology and imbued it into each one of the Narnia books so that each one would have its own strong unifying feel (strong, but subtle) for the sake of the ultimate goal of a fuller and richer portrayal of the person of Christ. If each book could powerfully capture some aspect or portion of the nature of Christ, then together they could paint a fuller picture (though by no means an all-inclusive picture).

The book has its weaknesses: at times Ward comes across a bit heavy-handed, like he might be trying to hammer his idea into your skull, and at times his prose sounds as if he's attempting to explain to readers in grade school. Many parts of his arguments are underdeveloped, and some feel as though either the first or second half of the argument are simply missing.

But I believe we can extend some grace to Ward on these points, given that The Narnia Code is simply the popularized version of his dissertation, Planet Narnia, where he flushes his ideas out fully, but I still wish the book was more tightly constructed. 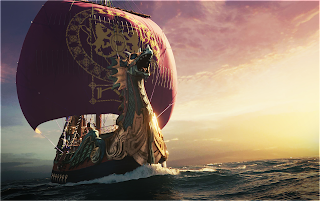 That being said, his proposition is fascinating to say the least, even if not particularly well-delivered in this form. Does he overemphasize the practical implications of his thoughts? I believe so. I do not think most readers will find Narnia suddenly revolutionized before them. But he does provide a powerful framework for the further enriching and making sense of these delightful tales.

He tantalizes you, makes you want to simultaneously run out and buy Planet Narnia that you might go deeper with his theories, while also making you want to immediately scour the books themselves, looking to see to what extent the texts confirm his thoughts to be true.


As to whether or not Lewis intentionally may or may not have constructed his books in such a way—I am entirely able to believe that he did so. Lewis was a man of towering imagination, meticulous craft, and great love not only for symbolism and astrology, but also of course for stories and all that makes them great. And for him, one of the most important aspects of any story was its air, its atmosphere, the small details on the peripherals that made the whole thing drip with the nature at the story's core.
Posted by scribbler at 3:58:00 PM