Naruto: The End Draws Nigh

Naruto marches slowly and semi-methodically to its close. The manga finished two years ago, and now the anime has at long last almost caught up. Reportedly, the last episode airs next week.

I myself am still over a hundred episodes behind. But while a formidable task yet remains ahead of me, I cannot help but already feel the nearness of the inevitable, and that mixed feeling all lovers of any series (whether book, show, movie, game or comic) knows of compulsion to finish in order to know all and the wish to stave off the end of something so dear. 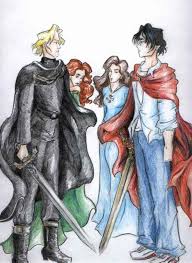 When I think of the stories and characters that captured my imagination in middle and high school, Cassandra Clare's The Draco Trilogy and Naruto (including both the original and Shippuden) rise above the rest. No doubt The Draco Trilogy held first place at the time. But I do believe that as time has gone on that I have spent more time thinking about Naruto than about Draco (of course, this is at least partially, if not arguably entirely due to the fact that Naruto is still ongoing while Draco finished long ago at this point).

Someone may wonder how the two most influential stories for a kid who grew up in a family who deeply treasures literature and art, who studied lit at Oxford, and who has a passion for Shakespeare thanks to a history of acting, could be a Harry Potter fanfiction and a highly commercialized anime. And if asked today, I would still say that these are my favorite book and anime series, and I would say it with only a hint of embarrassment.

The thing is, I am not blind to the shortcomings of either of these series. Just like someone's family members, their closest friends, and their lover knows their flaws better than anyone else, I know the weaknesses of these two series more intimately than anyone who would only read the first book or watch the first few seasons. Yet still I love them deeply. Why?

Not too long ago, someone smarter than me, more articulate than me, and substantially more knowledgeable of all things Japanese and anime related than me asked me what it was that I liked about Naruto so much. I babbled something about characters and themes and action sequences that made me feel like I woefully failed to defend Naruto like it deserved and made me embarrassed, not for loving the show, but for loving the show if that poor excuse for critical analysis was all the show had going for it.

As he turned and walked away after our conversation, he said he refrained from watching shows that long unless they were truly life changing.

And all I could think was, "it's changed my life."

I'm not sure I can call Naruto good art. It definitely won't change you're ideology or give you some kind of cognitive epiphany (well, maybe it would for someone, but I don't think that's its strong suit). It doesn't break ground with its animation, it doesn't provide some amazing critique of society, it doesn't test boundaries, destroy stereotypes, or blur false dichotomies. I'm currently reading Jeanette Winterson's Art Objects, and she's made me wonder whether a good story is necessarily good art, and I'm starting to think no.

I don't think I think Naruto is good art. But I do think it's a damn good story, even if deeply flawed.

Yet I'm still not entirely sure how to articulate why I think Naruto is so good, why it has affected me to such an extent, and why it has effectively captured my imagination more than perhaps any other thing I've seen or read.

But as I "draw to a close" with this series I love so much (remember, I still have over a hundred episodes to go), I hope to write more on Naruto to help me be able to articulate it better. I want to know, for my own sake, why this thing has the ability to consistently draw me to tears and make me laugh out loud and cause me to pump my fist and whoop. Why often when I encounter something difficult I think about this show and these characters, and find encouragement and hope. 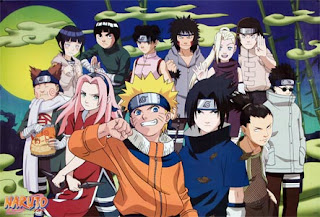 Hopefully along the way I will not only discover something about the show, but about myself and about God as well.
Posted by scribbler at 11:29:00 AM